In Hungary the big, bad wolf finds himself in hot water 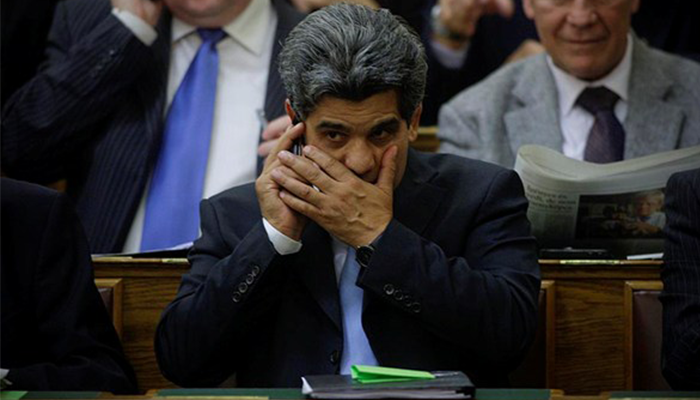 On 7 December 2013 the Countrywide Roma Local Government (ORÖ) headed at the time by Fidesz politician Florián Farkás (pictured), whose name means “wolf” in Hungarian, paid HUF 90 million (USD 400,000) for seven studies on subjects ranging from law to communications.  According to Hungarian print weekly Magyar Narancs, the organization’s general assembly has no knowledge of ordering or receiving the studies.

An additional HUF 80-90 million (USD 365,000 – USD 410,000) was allegedly spent reimbursing the travel expenses of nearly 100 individuals, including scores of public workers, none of whom reportedly have any knowledge of having requested or received compensation.  The travel reimbursements in question are highly questionable as they amount to some HUF 990,000 (USD 4,500) per head in a country roughly the size of Pennsylvania.

Magyar Narancs further reports that on at least two occasions ORÖ wired HUF 250,000 to the Puskás Soccer Academy in Felcsút, Prime Minister Viktor Orbán’s home town, although it was unable to verify that the money actually arrived.

The latest revelations come on top of those made earlier this year by LMP politician Ákos Hadházy, who accused the organization of spending HUF 200 million purchasing an office and leasing sub-compact cars for unrealistically high fees within the framework of the HUF 5 billion (USD 23 million) so-called “bridge to the world of work” program largely funded by the European Union.

Although the Ministry for Human Resources has reportedly launched two investigations into “irregularities” with regard to the purchase of office equipment and the leasing of cars, Hungary’s National Tax and Customs Administration (NAV) has declined to investigate the alleged budgetary fraud.