The rape of Kishantos: “An unforgivable crime against the country” 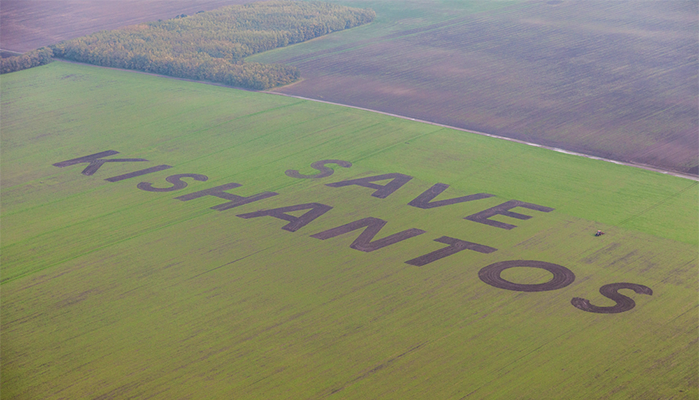 Spraying the fields with pesticide was a barbarous act professionally and economically that would not have happened anywhere else in the world.  There is 140 hectares that can be saved and this area can be restored, although it will take many years.  We’ve devoted our lives to this for the sake of future generations.  Hungary’s future is at stake.  If given the opportunity we will start over again.  This is an unforgivable crime against the country. – Mrs. Sándor Ács, director, Kishantos Center for Rural Development

The owner/operators of the Kishantos Center for Rural Development have paid a steep price for speaking truth against power.  Part of an international team of organic farms and teaching facilities devoted to sustainable organic agriculture, for 22 years Kishantos pioneered techniques of cultivating without the use of pesticides of fertilizers.  Then its co-founders made the mistake of criticizing the Fidesz-KDNP government for paying lip-service to small farmers even as it divvied up choice state grounds to agro-business and friends, relatives and business associates of Fidesz politicians–people like Felcsút mayor Lörinc Mészáros, a close friend of Prime Minister Viktor Orbán, who went from being a humble gas-pipe fitter to Hungary’s 88th-richest man over a span of five years thanks to a series of lucrative government contracts. 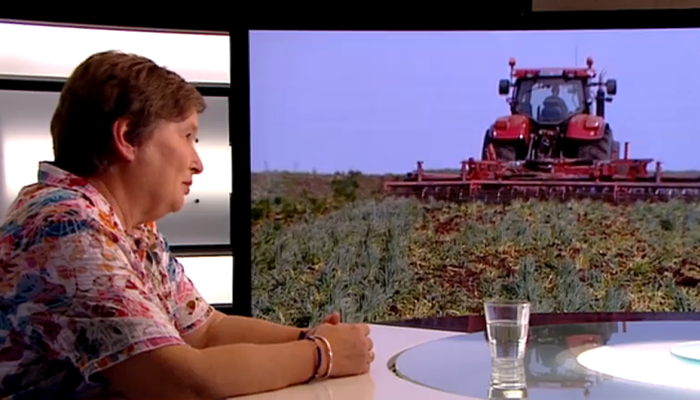 In 2012 the government stripped Kishantos of 452 hectares of farmland it had leased from the government for over 22 years, and awarded it through public tender to ten applicants, some of which had no prior experience with agriculture, let alone organic farming.  In an act described as “barbaric”, 15 tractors ploughed under HUF 150 million worth of seedlings for no other reason than to cause Kishantos’ owners economic hardship.  Since then the new leaseholders have sprayed the fields with pesticides, ruining 22 years of pioneering work in sustainable organic farming.

Stripped of all of its farmland, Kishantos must now try to carry on its mission of teaching sustainable organic farming on just 9 hectares of land purchased several years back, only one hectare of which is suitable for organic farming.  The rest of the property consists of forest and buildings housing its international research and teaching facility.

Hopes of retaining 140 hectares of ground were dashed yesterday when the parliamentary committee for sustainable development refused to discuss the Kishantos matter and the issue of sustainability in general.  According to Kishantos director Mrs. Sándor Ács, the committee had been asked by “an international association to put the Kishantos matter as well as sustainability on its agenda”. She said they were “shocked” by the committee deputy chairman Janos Bencsik’s decision to remove it from the agenda, especially as they had considered the Fidesz politician “among their allies”.  She rejected Bencsik’s explanation that it was somehow inappropriate for his committee to discuss something that was being adjudicated by the courts.  “In Hungary that can take five, six, even ten years.  Who else is to discuss the issue of sustainability if not the committee?” she asked.  “And why can’t its members be informed about what is happening?”

According to Ács the complicated affair is “a symptom of what is happening in Hungary”.

Spraying the fields with pesticide was a barbarous act professionally and economically that would not have happened anywhere else in the world.  There is 140 hectares that can be saved and this area can be restored, although it will take many years.  We’ve devoted our lives to this for the sake of future generations.  Hungary’s future is at stake.  If given the opportunity we will start over again.  This is an unforgivable crime against the country.

When asked whether she was fighting for justice rather than the actual right to cultivate the lands which are no longer suitable for organic cultivation, Ács responded:

It’s a scientifically proven fact that in 15 years mankind will experience a crisis involving starvation and terrible disasters because the industry raw materials and the energy sources that we use today are running out.  Those have a chance of surviving who can cultivate without the use of fertilizers and pesticides. For this reason the territory with the 22 years of organic farming was something like a Noah’s Ark where people could come to see and learn from our own experiences. …  We have no intention of giving up, we have no intention of quitting.

Ács pointed out that a company owned by the lawyer of Fidesz oligarch and media magnate Zsolt Nyerges is permitted to renew its right to lease 30,000 hectares of ground from the government from year to year.  “We asked the same procedure.  We asked for equality under the law.  If there is no legal equality in Hungary, then what is there?”

On foreign reaction to the deliberate destruction of Kishantos, Ács pointed out that Kishantos is part of an international system. She said that while “the foreign partners respect the decisions of the Hungarian government” they were “immeasurably astonished that this could happen in Europe”.

With regard to the current legal status of the 452 hectares formerly cultivated at Kishantos, Ács said twelve lawsuits were under way.  “If every law had been respected, including the ground law and the basic law, then legally this could not have happened,” she said, accusing Mezőfalva mayor Csaba Márok of spraying his fields with pesticides despite a first-level court ruling preventing him from taking legal possession of the ground formerly cultivated by Kishantos.

Ács says that while the lawsuits win their way through the Hungarian legal system, she and her associates will continue teaching sustainable farming.  “Adult education is one of the most important elements of sustainability. There is no time to wait fifteen years for another generation to come of age.”