“There’s no reason for me to apologize” says János Lázár 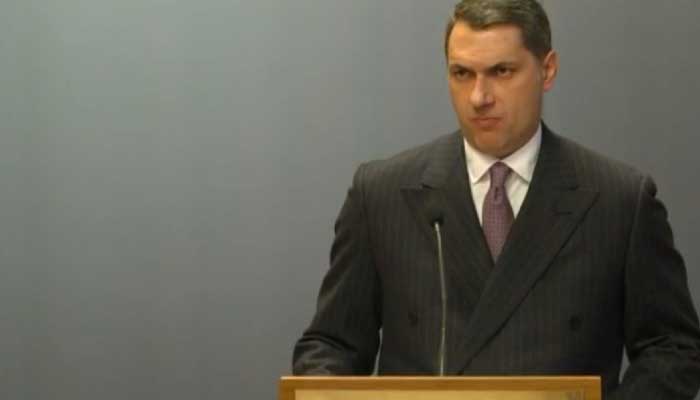 Lázár used the occasion to let Hungarians know that

Brussels is constantly interfering with Hungary

Lázár once again spoke at length about Hungary’s decision to challenge the refugee quota system in European courts on grounds that, according to the Hungarian government, it is a clear violation of European law. The minister mentioned that Slovakia is also challenging the quota system, and he hopes the Polish government will join in.

“The European Commission committed a grave violation of European law,” he said.

This latest infringement proceeding is an act of retaliation against Hungary

Lázár said the Commission’s decision to open an infringement proceeding into Hungary’s asylum laws (which were quickly changed during the refugee crisis and criticized by domestic and foreign NGOs, governments and human rights groups) is clearly a retaliation against Hungary for “protecting Europe’s borders”.

The minister didn’t shy away from indulging in a conspiracy theory according to which the European Commission is supporting Hungarian opposition party Democratic Coalition (DK) by funneling money to Altus Zrt., a consultancy owned by DK president and former prime minister Ferenc Gyurcsány.

According to Lázár, plans by countries “such as Germany and France” to create a mini-Schengen are nothing more than a plot by bigger Western European Member States to impose “sanctions” and take “revenge” on Central European countries for their tough stance in the fight against immigration.

Numerous members of the press asked him about the government’s position on plans by the city of Székesfehervár to erect a statue honoring Hungary’s wartime politician Bálint Hóman.

Lázár said the government is weighing all options on how to proceed with the statue. He said the Ministry of Justice had contributed some HUF 15 million towards its creation.

The controversy has received considerable international press coverage recently and even prompted US members of Congress to send a letter to Prime Minister Viktor Orbán, asking him to prevent the statue from being built.

Lázár announced that the governments of Hungary and Norway, with the help of the European Commission, were able to reach an agreement which would allow Norway Grants funding to continue in Hungary.

The funding was suspended in 2014 after Hungary eliminated the National Focal Point without consulting or even informing donor countries.

The minister said the donor countries have agreed to offer a deadline extension to Hungary for the use of funds tied to the Norway Grants 2007-2013 funding period.

Lázár personally believes that the Ökotárs Foundation, a Hungarian foundation responsible for distributing the Norway Grants NGO funds in Hungary, was involved in all kinds of shenanigans despite the fact that Hungarian prosecutors and the tax authority found nothing wrong with the organization’s activities.

Previously Lâzár had said he would apologize if accusations against Ökotárs and other NGOs made by himself and undersecretary Nándor Csepréghy turned out to be baseless, as has proved to be the case.

“There’s no reason for me to apologize,” he said today.

Lázár said Hungary has paid out more than HUF 9 trillion in EU development funds, but that the European Commission has taken issue with HUF 600 billion of these payouts. He said the government is prepared to go to court to be reimbursed for these funds.