“They screwed us” – Népszabadság editorial staff in limbo 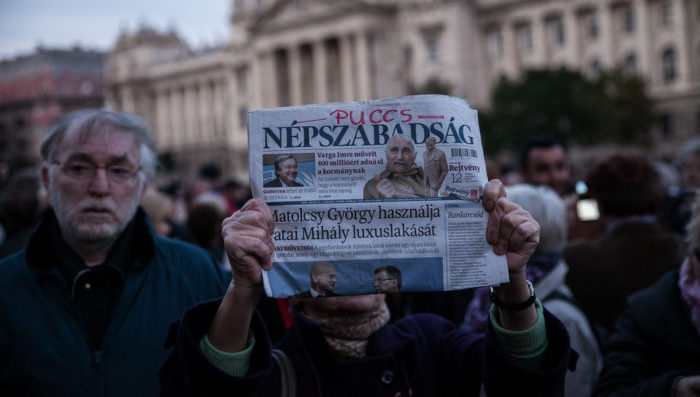 444.hu journalist Dániel Ács conducted a series of short video interviews with Népszabadság employees at Saturday’s demonstration over the suspension of publication of 60-year-old left-wing newspaper Népszabadság and its internet portal nol.hu.

“Today is October 8th, 2016. An unprecedented thing happened today in the history of the Hungarian press. Without warning or discussion of any kind, they ceased publishing the largest print daily newspaper, Népszabadság, and its internet version as well,” says Ács by way of introduction.” 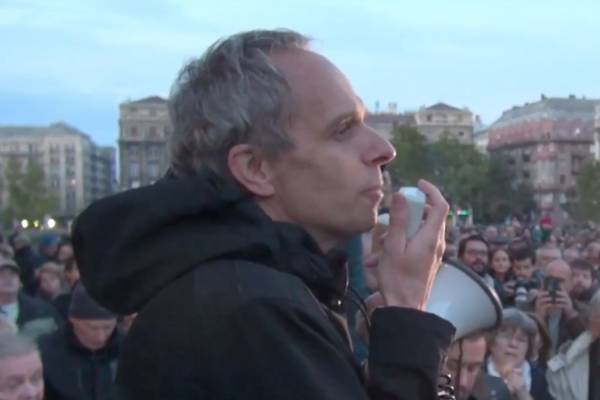 Miklós Hargitai (speaking to the crowd)

“What we know about politics is what the media tells us.  It looks as though from this time forward (pro-government) Magyar Idők will tell us what we need to know about politics. This morning when our colleagues on duty arrived, they were not allowed into the building. Among other things Fidesz issued a declaration that this was long coming, and that the market cannot support a loss-making newspaper.  My opinion is that if the market can maintain a newspaper with a circulation of 3000 then probably it could maintain one with a circulation of 40,000. But in this country it is not the market that decides such things but somebody else. Press freedom has retreated to a very small area.” 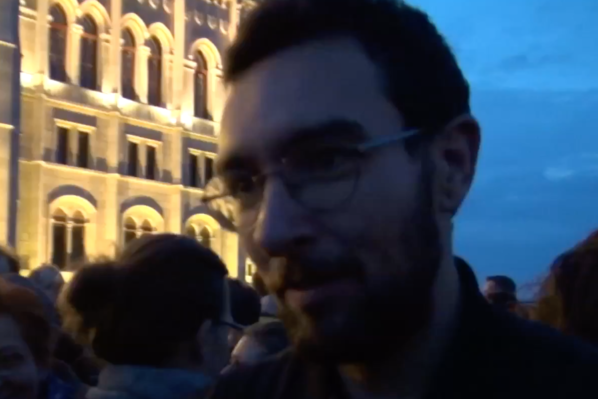 “For a while there have been plenty of signs that they want to destroy us. Nobody expected them to act in such a vile manner. I was reading the Népszabadság at a café and I wanted to check my emails but couldn’t.  I asked my editor whether he could use it. He said no, and that I should check my mailbox. Recently the editorial staff was expanded.  We discussed how to do the online edition in the future.  It was a period of expansion and not one of crisis communication or management. They screwed us. Judging from what Fidesz is communicating, there is a narrative that they are pushing, that the paper was loss-making, that it did not work and that the market is sorting this out, even as they support with state advertising a number of small publications whose publishers are not even known.  If they continue publishing under the old name, it will be a parody of itself.” 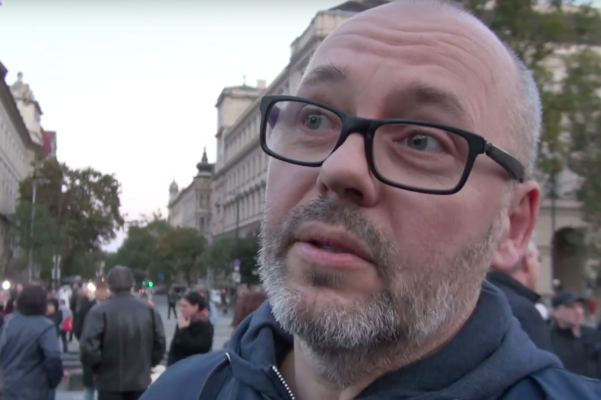 “The situation is that the publication is suspended, and we are suspended from doing any work.  This was planned.  The whole thing was pre-packaged. The editors aren’t to be found anywhere. They are all traveling. We have not been given entry permits to enter the new place.  I think the situation is lost. This is a horrifically hard business story.  On Monday I don’t have to go to work.” 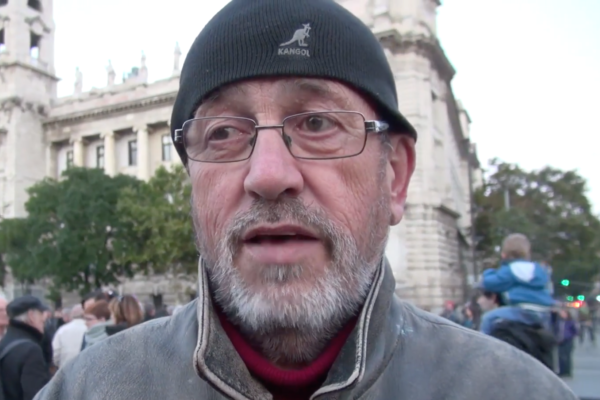 “Presently I am a journalist who has been suspended from working. I’ve worked for Népszabadság for 30 years.This is completely new to me. At 1:30 pm a motorcycle courier arrived to my residence where I, too, received the company’s letter. There were all kinds of rumours over the past few weeks which Mediaworks denied with the requisite firmness.  So we continued doing our work.  My wife is also a journalist who worked for the old Magyar Hirlap (before it was acquired by Fidesz oligarch Gábor Széles-ed.)  We lived through the destruction of a newspaper with a long past.  That upset us more.  When Origo ended, or more precisely transformed, I looked on anxiously. But I wouldn’t have thought that Népszabadság would share the same fate.”