“This is how the public tender system works today in Hungary” 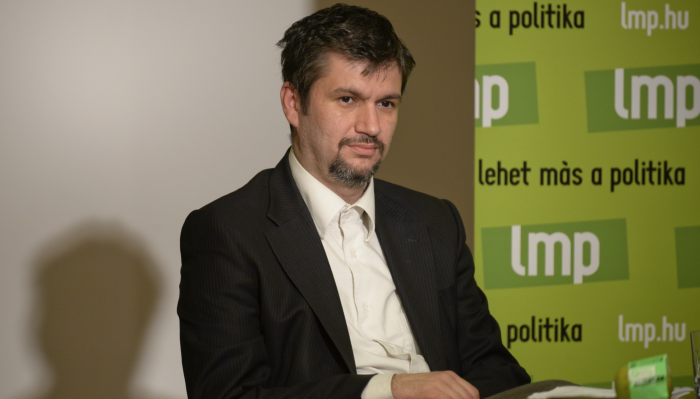 “In most cases the (EU) funds were either used for bad objectives or stolen by a mafia-like network built especially for that purpose.” – Ákos Hadházy (LMP), anti-corruption crusader

The opposition Politics Can Be Different (LMP) politician released a recording allegedly made in 2012 of the current mayor of Szekszárd, Rezső Ács (Fidesz), discussing with fellow assemblymen the systematic overpricing of European Union-funded projects so as to enable local governments to avoid having to contribute any equity.

EU funds called down in 2015 amounted to 7 percent of Hungarian GDP–a record, according to Hadházy.  And yet they only contributed a fraction of that amount to GDP growth in his opinion because

“In most cases the funds were either used for bad objectives or stolen by a mafia-like network built especially for that purpose.  The success the government refers to as ‘collective’ was shared largely by Fidesz and its economic hinterland, while the Hungarian taxpayers and entrepreneurs were left out.”

Hadházy believes the funds were used in a “counter-selective” manner with dilatory effects on the Hungarian economy.  Rather than being used to help entrepreneurs capable of standing on their own two legs or those offering good products and services, the funds benefitted those “living from corruption” who otherwise are incapable of surviving  in a free market setting.

He said that even though EU funds were “drying up”, the country was left with a large number of companies with only public contracts to thank for their growth.  The MP said that, apart from government connections, such companies had little to offer.

At one point, Hadházy played a recording allegedly made in 2012 of a conversation between mayor Ács, of ruling party Fidesz, and a number of city assemblymen in which they discuss how a kindergarten project had been sufficiently overpriced so as to include the 15 percent equity contribution the city would otherwise have been required to make.

The recording features the following conversation in Hungarian:

– Yes, yes, but the offer is good, as well as the tender materials.  The amount is high, and from this total it is guaranteed that it can be done in a way that whoever does it has to finance it, so we don’t have to invest our money in it.

– Energy investments are the best medium-term investments, everybody is pushing for them now.

– Good, but the point is finding a contractor who will do the work for this price in such a way so that we don’t have to pay.  It’s enough for us to pay once we have the tender funds.  So we don’t have to finance it.

At the end of the edited material, the voice that Hadházy attributes to Ács summarizes how the system works “behind closed doors”.

As of Thursday afternoon, Ács has yet to verify to Index.hu’s request that he verify that his voice appears on the recording.

Neither police nor NAV willing to investigate

Within hours of the press conference, the Office of the Prime Minister accused Hadházy of breaking the law by failing to report the alleged misuse of public funds to the proper authorities.

Hadházy responded by stating that, in fact, he did report the matter to authorities two months ago, but that neither the police nor the tax authorities were willing to investigate.  He said that despite receiving a copy of the sound recording, the police did not consider it evidence of abuse of power or fiscal malfeasance.  Instead, they forwarded the complain to the National Tax Authority (NAV).  NAV returned the material saying it did not constitute budgetary fraud, but rather abuse of power or malfeasance.

Hadházy says that it was the failure of either authority to act that prompted him to release the sound recording to the public.