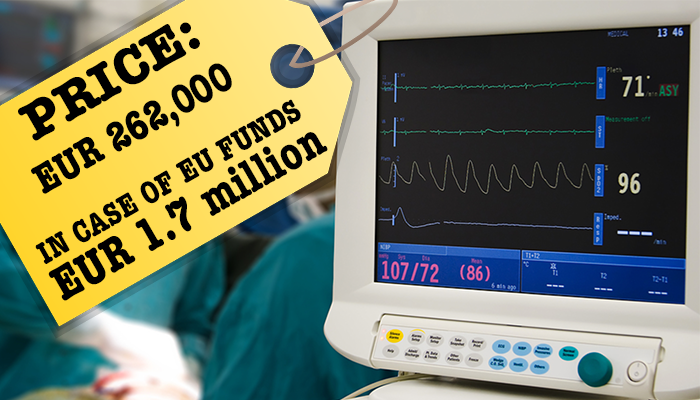 According to a recent study just about everyone in Hungary has a vested interest in overspending when it comes to EU-funded projects, especially the government.  Transparency International Hungary held a press conference in Budapest on Monday to present the study’s main findings.

TI executive director József Péter Martin says that without EU development grants, Hungary would have no growth or public investment. According to the NGO, EU development funds will have amounted to more than 3.5 percent of Hungary’s GDP between 2007 and 2020.

TI’s study found that overspending is “hard-wired” into the system, and the government is not interested in tightly controlling the spending of EU funds.

“The abundance of funds and the pressure for the country to use these to the greatest extent possible may in itself generate corruption,” says Gabriella Nagy, the head of TI’s public funds programs. This, combined with the government’s method for distributing EU funds, is cause for concern, says the anti-corruption NGO.

One particular case involves the purchase by a Hungarian medical center of a medical device from a Slovakian company for EUR 1.7 million with EU funding.  The real market value of the device was EUR 262,000.  According to TI the case was so egregious that even OLAF, the European Commission’s Anti-Fraud Agency, opened an investigation.

“Funds provided by the EU are usually awarded through public procurement procedures. This is the riskiest stage in terms of corruption,” says Nagy.

TI is one of several anti-corruption NGOs that believe corruption is built into the system and is most commonly manifested through the custom-tailoring or fine-tuning of public tenders in order to limit market competition.

When Hungary’s National Development Agency was dissolved in 2013, the Prime Minister’s Office assumed the central coordination of various government ministries carrying out EU-financed development projects around the country.