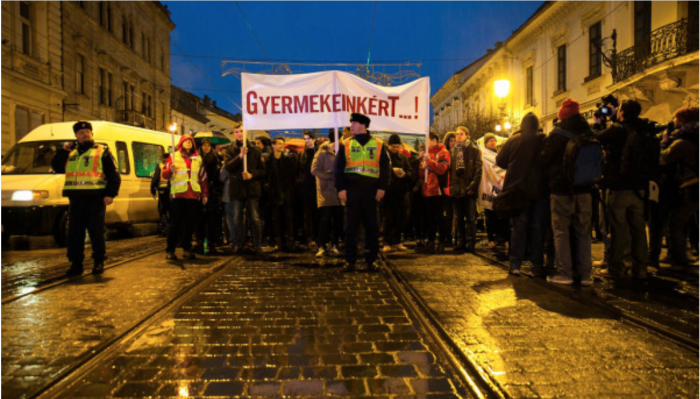 According to a poll by Medián conducted at the behest of Hungarian weekly HVG, over two-thirds of Hungarians agree with the goals of teachers, and nearly two-thirds believe a teachers strike would be acceptable.

The overwhelming majority (91 percent) of Hungarians have heard about the wave of demonstrations carried out by students and teachers, but not everyone understands the objectives.  53 percent of those polled believe the protests have something to do with pay raises for teachers, with 29 percent immediately responding that this is the reason for the teachers’ campaign. A majority of those polled did not even know about the demands of the teachers.

The respondents tended to acknowledge that problems exist in the education system.  Only 16 percent felt the teachers were getting worked up over nothing.  More than two-thirds (68 percent) – irrespective of their political preference – agreed that teachers and students are overworked and the education system has financial problems.

Interestingly, party preference seems to have a stronger influence on how Hungarians perceive problems in the education system than living with someone under the age of 18.  Only 6 percent of Fidesz voters think the Orbán government is to blame for the problems. 50 percent of Fidesz supporters blame the pre-2010 administrations for the current situation.

People with children are more critical of the teachers than the overall average. 61 percent feel the teachers are overworked but only 16 percent claim to have first-hand knowledge of this based on the professional experiences of teachers.

49 percent of parents, who saw things more positively than teachers and students, said they have personally experienced the decline in quality in recent years.

Only 8 percent of respondents (and 17 percent of Fidesz supporters) feel the situation has improved in recent years.

Altogether, more than two-thirds (and 67 percent of Fidesz voters) agree with the aims of the protesting teachers. 62 percent (and 51 percent of Fidesz supporters) even accept the idea of teachers going on strike if no agreement can be reached with the government.