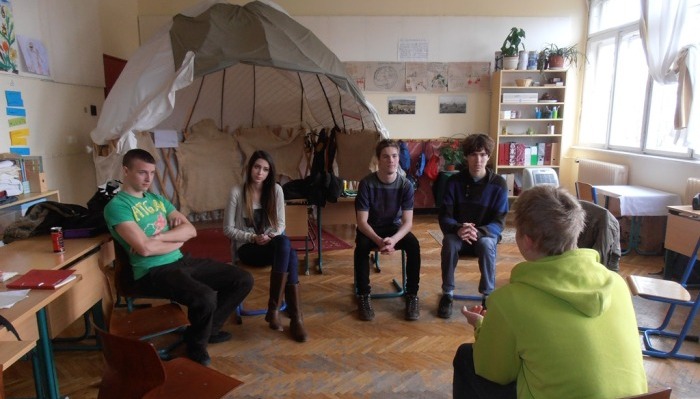 Their public funding suspended since October, two Rogers schools in the southern Hungarian city of Szeged are to close their doors at the end of January.  Stunned parents learned at an extraordinary meeting that the teachers were to be discharged and the students transferred to other state educational institutions before the end of the school year.

The representative of the Chance for the Disadvantaged Foundation, which operates two educational institutes that run a total of six schools across three counties in south-eastern Hungary,  told parents that the Rogers academic, vocational and arts high school would close its doors for good at the end of the current term.

Public funds have been withheld since October due to irregularities allegedly detected over the course of a 2012 inspection of the Szeged Adult Education Academic and Vocational High School.  State inspectors concluded that missing documents containing personal information about students who had already graduated meant the institution had received public educational funds (normativ) for students not enrolled at the school.  The foundation was fined HUF 50 million (USD 185,000).

In its defense the school claimed that a former employee had destroyed the documents in question, and arranged for a number of former graduates about which there were no longer any personal records to testify that they had completed their studies there, but to no avail.

Even though the school appealed the decision, a second-level ruling has yet to be handed down.  Starved of state public education funds since October 2014, the schools have run out of money.

More than a thousand students to look for another school

The school closures affect not only educational institutions in Szeged but in Kunszentmárton, Csongrád, Szentes, Hódmezóvásárhely and Mélykút.  According to the Csongrád county government office altogether some 1120 students and 114 teachers are affected by the closures.  It also says the state office responsible for administering public schools nationalized in 2012, Klik, had started designating other schools in the region to which the students may transfer, even though for many this will involve being bused to distant schools.

According to the Csongrád county government office, the fact that the school year is half over will not prevent parents and students from “exercising their right to choose other schools.”  Nol.hu reports parents do not understand why the school cannot wait until the end of the school year to close, pointing out that it is a hardship for the graduating class to change schools only months away from graduation.

The Rogers pedagogic method was developed by American psychologist Carl Rogers.  Rogers believed that children’s personalities develop better and that environment of empathy, honesty and trust enables children to achieve their maximum potential. Adherents believe that if children feel good in school, then this will be reflected in their performance.