Two-thirds of Hungarians think their government is corrupt 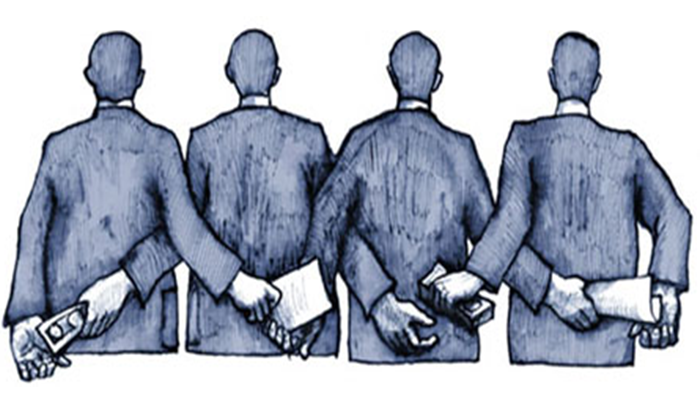 A poll conducted on behalf of Median for hvg, the Hungarian equivalent of The Economist, found that Hungarians think Fidesz is just as corrupt as the Socialists were in 2010.

According to the poll, two-thirds of Hungarians think the current government’s financial abuses are “significant” or “very significant.”

60 percent said corruption was organized centrally at the top levels of government.

Four-fifths of opposition party supporters and undecided voters, as well as one-third of all Fidesz supporters, feel that Hungary’s ruling party has abused its office.

Furthermore, more and more Hungarians are of the opinion that the prosecution of corruption takes place selectively.

Only 15 percent of respondents ruled out the possibility that “certain incredibly successful businessmen, such as István Garancsi, Lőrinc Mészáros or Andy Vajna, are fronting for Prime Minister Viktor Orbán, or that a large portion of their earnings are not transferred further to the prime minister.”

In December 2015, Századvég president András Lanczi told pro-government daily Magyar Idők “what they call corruption is, in all practicality, Fidesz’s main policy. What I mean by this is that the government has set its sight on the kinds of goals for itself and domestic businesses.”  For his efforts, Lanczi was elected rector of Eötvös University.  He ran unopposed.

In the same interview Lánczi felt compelled to assert that Századvég “is not some ad hoc brigade that was formed to steal public funds” and “the national and state interests have been trampled by the public’s right to know.”

Critics, including former employees, have accused Századvég of being a money-laundering operation used to bilk Hungarian taxpayers of hundreds of millions of forints.