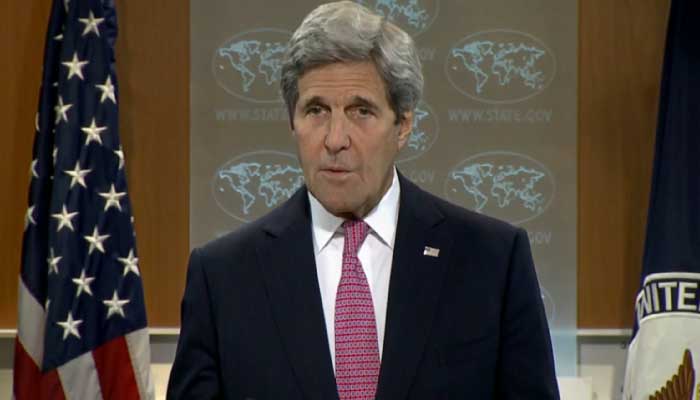 “The most significant human rights problem during the year was the government’s handling of large numbers of migrants and asylum seekers seeking to transit the country, which was marked by xenophobic rhetoric and a lack of humanitarian aid. In addition, the Fidesz-KDNP coalition re-elected in 2014 with a two-thirds majority in parliament continued to make comprehensive changes to the legal framework and state structure that it began in 2010, largely without public consultation or inclusive dialogue with opposition parties. International organizations and human rights nongovernmental organizations (NGOs) continued to voice criticism of the systematic erosion of the rule of law, checks and balances, democratic institutions, and transparency, and intimidation of independent societal voices.” – U.S. Department of State

The United States Department of State released its 2015 human rights report yesterday. The country report on Hungary takes an exhaustive look at many of the controversial human rights violations occurring, including the conditions at prisons and detention centers, issues concerning the independence of the judiciary, secret information gathering on citizens, civil liberties violations, press and media freedoms, freedom of religion, protection of refugees, corruption, intimidation of civil society and much more.

“The norms referred to in this report, in these reports, are universal norms,” U.S. Secretary of State John Kerry said during the press conference to announce the release of the country reports. “They are not something that we make up. They’re not some arbitrary standard of the United States which we seek to impose on people. These are universal standards of human rights that have been adopted and accepted and are agreed to by most nations in the world, and even some nations that have agreed to them but violate them. These are the international standards.”

Kerry continued: “And in the arena of human rights, every government – every government – has the ability to improve, including the United States. The point that we make over and over again is that respecting human rights isn’t just a moral obligation; it’s an opportunity to harness the full energy of a country’s population in building a cohesive and prosperous society. And it doesn’t jeopardize stability; it enhances it. And you can measure that in country after country where human rights are respected, people are happier, people are freer to pursue their own designs, happier and freer to be artistic and creative, to be entrepreneurial, to make a difference in the building of the community.”

To read the full country report in PDF, click here.

Hungarian Minister of Foreign Affairs and Trade Péter Szijjártó called the report“nonsense” and once again claimed that the United States was trying to discredit Hungary because it disagreed with its handling of the migration crises.  He said it was unfathomable that criticism over Hungary’s handling of the migration crisis should arrive “from a country that doesn’t built fences but walls on its southern border, and where, over the course of the presidential campaign, everything and its opposite can be heard.

“The Hungarian people elected us. Our responsibility and obligation is to adequately promote the interests and security of the Hungarian people.  We are not motivated by the desire to be complimented by people sitting in offices thousands of kilometers away,” Szijjártó said.