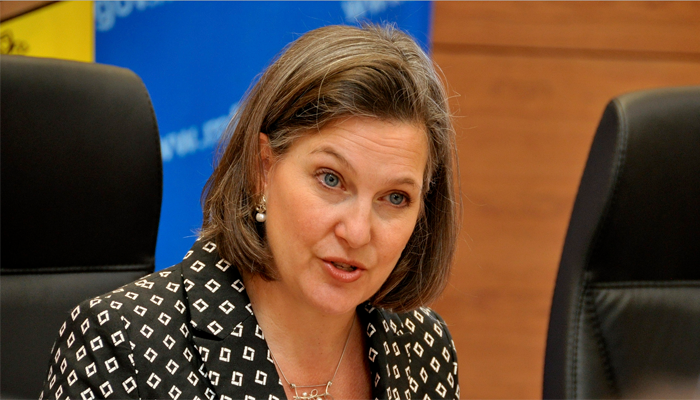 Second half of Assistant Secretary of State for European and Eurasian Affairs Victoria Nuland’s speech at the 2014 U.S.-Central Europe Strategy Forum in Washington on October 2.

In Central Europe today, I would argue, the internal threats to democracy and freedom are just as worrying. Across the region, the twin cancers of democratic backsliding and corruption are threatening the dream so many have worked for since 1989. And even as they reap the benefits of NATO and EU membership, we find leaders in the region who seem to have forgotten the values on which these institutions are based.

So today I ask their leaders: How can you sleep under your NATO Article 5 blanket at night while pushing “illiberal democracy” by day; whipping up nationalism; restricting free press; or demonizing civil society! I ask the same of those who shield crooked officials from prosecution; bypass parliament when convenient; or cut dirty deals that increase their countries’ dependence on one source of energy despite their stated policy of diversification.

As President Obama noted, oppressive governments are sharing “worst practices to weaken civil society”. They are creating wormholes that undermine their nations’ security, freedom and prosperity. The countries of Central Europe – through the EU and nationally – must remain vigilant. We can only be strong when we protect political pluralism, civil society and the right to dissent within our own borders; when our governments are clean, transparent and accountable to the people they serve.

For more than 20 years, Central Europe has been the canary in the coal mine for the promise of a Europe whole, free and at peace. The example set by the countries of this region has also inspired others around the world that they, too, can fight for democracy, free markets, rule of law and human dignity. As the President said in Warsaw in June, “The blessings of liberty must be earned and renewed by every generation – including our own”. We must renew our commitment today – to our citizens and to each other; at home and around the world. We are stronger together, and many around the world who crave the same freedom we enjoy are depending on us.