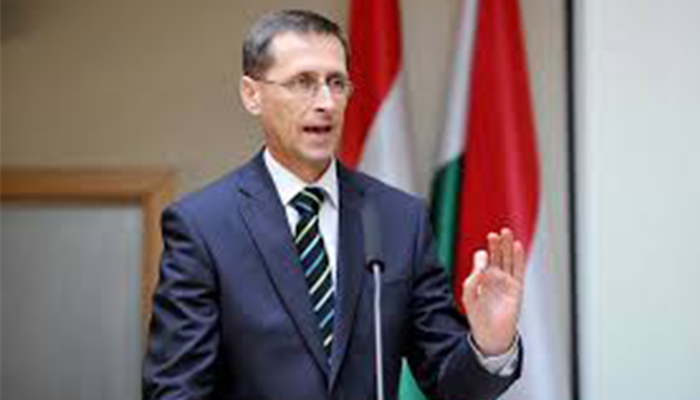 Vg.hu reported today that a USD 2 billion year end Hungarian bond issue is in the works.  If true this will be the second time this year Hungary has issued dollar denominated bonds.

In February of 2013 Hungary sold five- and ten-year bonds totaling USD 3.25 billion (EUR 2.4 billion), marking Hungary’s return to international money markets after a 21 month absence.  Hungary used the proceeds of the successful bond sale to repay a EUR 2.15 billion IMF loan in August ahead of schedule.

The fact that it effectively refinanced a EUR 2.15 billion loan at 3 per cent with a USD 3.25 billiion loan at 5.5 per cent has not prevented the government from taking credit for paying off the IMF loan ahead of time.

In light of Mr. Varga’s statement, it is not clear why two months earlier on 16 September Hungary applied to the Securities and Exchange commission (SEC) for permission to issue USD 5 billion worth of bonds.

Over the course of the third quarter Hungary managed to bring gross national debt to under 80 per cent of annual GDP for the first time this year, paying off HUF 284 billion worth of debt. Unfortunately, HUF 123 billion of this was offset by a further weakening of the forint for a net decrease in the national debt of just HUF 161 billion.

The government managed to decrease the national debt even though third quarter government expenditures exceeded revenues by some HUF 262 billion (USD 1.2 billion).  The government made up for the budgetary shortfall by drawing down central bank reserves, issuing treasury bills, and postponing payments on behalf of state budgetary institutions whose arrears to suppliers and employees grew to nearly HUF 100 billion.

Adjusting for hard currency and forint reserves Hungary’s net national debt as of the end of September was HUF 18 trillion or HUF 1.8 million (USD 8,200) for every person living in Hungary.