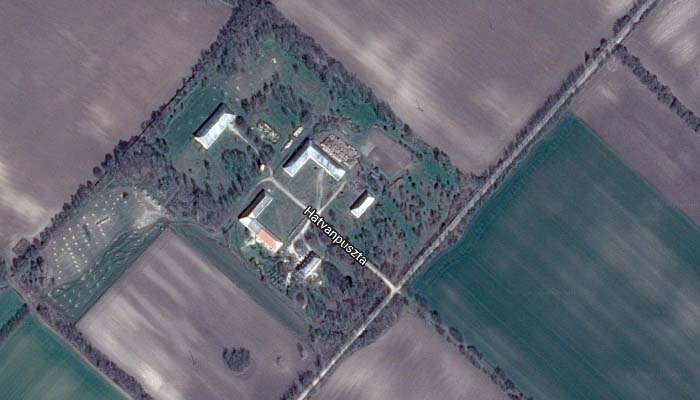 Hatvanpuszta is a small settlement just outside of Alcsútdoboz and Felcsút, former stomping grounds of Prime Minister Viktor Orbán. The mayor of Felcsút is Lőrinc Mészáros, a close confidante of the prime minister and whose rags to riches story began when Fidesz came to power in 2010.

Mészáros is now one of the richest men in Hungary and president of the same Ferenc Puskás Football Academy that was founded by Orbán himself in 2007. His personal success is the result of an uncanny ability to win public tenders of all sorts around the country.

But many attribute Mészáros’s rise from lowly gas pipe-fitter to one of Hungary’s richest people to his relationship with the Prime Minister. Some have gone so far as to speculate that Mészáros is Viktor Orbán’s straw man.

And Mészáros is not an ungrateful man.

“The fact that I’ve made it to this point can surely be attributed to the roles played by God, luck and Viktor Orbán. But I’ve never privatized, I’ve never embezzled and I’ve acquired everything with my own work and my own wit,” he told Hungarian pro-government weekly Heti Válasz in 2014.

That said, it is very important that both Mészáros and Orbán keep their trusting relationship limited to “friendship”, lest critics of Orbán discover some financial links between the two men.

Recently it was reported that Mészáros’ company had had business dealings with the Prime Minister’s father, Gyöző Orbán, and that Mészáros had underwritten the cost of renovating a 13-hectare country estate acquired by the elder Orbán where his son, Viktor Orbán, reportedly resides.

The discovery was made after Orbán posted a picture of himself posing with a dog he claimed had been the victim of animal abuse before being taken in by the Orbán family.  Journalists couldn’t find the dog at any of the Orbán family residences. But a search of a pet/owner veterinarian database revealed that the dog is actually registered to Orbán’s son, Gáspár, who listed the address of the 13-hectare luxury farm in Hatvanpuszta as the dog’s official residence.

The official tenant of the property, it was later discovered, is none other than Lőrinc Mészáros. According to Mészáros, he decided to rent the property as a place to store machinery. But there is no heavy machinery on the property.

The country estate was once part of a much larger property in the area that belonged to the Habsburg family but eventually became an asset of CZG Ingatlanforgalmazó Kft., a real estate company owned by Gyöző Orbán.

This discovery, however, had been made in the past by now deceased investigative journalist Krisztina Ferenczi.

According to a 2014 article by Éva Balog, historian and author of Hungarian Spectrum,

The last Archduke Joseph (1872-1962) who played a role in Hungarian politics was actually born in Alcsút. By all indications some of the remnants of Archduke Joseph’s estate are in the hands of the Orbán family and, according to some information Ferenczi received on the spot, work has already begun. The site is off limits to strangers. It is guarded by security personnel as well as by a kuvasz named Nárcisz (Daffodil). Orbán admitted that the family has a ferocious dog called Nárcisz, but, he added, ‘it is in Felcsút.’ I guess he didn’t want to say that the animal is actually guarding part of the Archduke Joseph’s estate owned by his family…

Now, according to Hungarian news site 444.hu, the property may have even been used in the past to host official or unofficial government meetings.

The shroud of secrecy that looms over the Orbán family’s properties has piqued the curiosity of journalists and political activists alike. In the last two weeks alone, Hungarian police on two separate occasions confiscated drones being operated by both 444.hu and Márton Gulyás of Slejm.

It appears the police are very concerned about the privacy of a luxury farm once owned by the Habsburgs, now in the hands of Orbán’s father and currently rented by Lőrinc Mészáros for storing machinery.

444.hu tried today to get a statement out of Orbán regarding his connection to the farm to no avail. The prime minister was asked whether the property had been used to host a government meeting in August 2014. He was also asked whether he uses the property. Orbán walked right past the reporter and did not answer.