Viktor Orbán: We have entered a new age 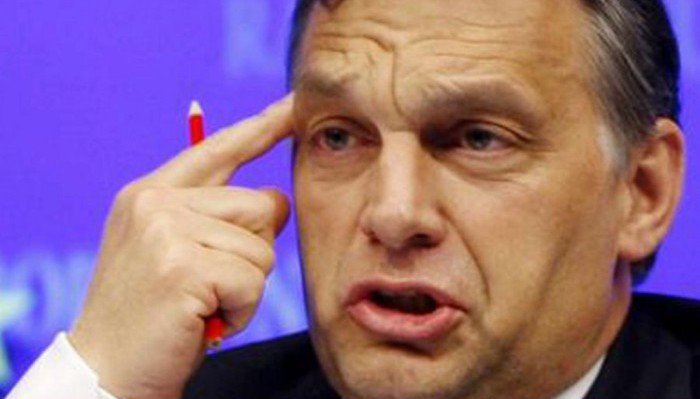 A pre-recorded interview with Hungarian Prime Minister Viktor Orbán was broadcast on state television at 10 pm tonight.  Orbán reiterated much of what Chancellor János Lázár stated in an interview published by Magyar Hírlap on Monday.  After Orbán’s interview, online daily napi.hu posted the following article titled (somewhat sarcastically) “Orbán said what every thinking person thinks” (Orbán elmondta, mit gondol minden gondolkodó ember).   A similar description of the interview was published in Hungarian at kormany.hu under the title “The United States is using corruption as a cover story”.

Napi.hu: Viktor Orbán spoke about American-Hungarian relations, Fidesz internal arguments, the declining popularity of the governing party and the demonstrations in an interview given to state television.

State television prepared an interview with Viktor Orbán which it broadcasted Tuesday night.  Briefly summarized, the head of government spoke about the following:

And now let us look at what he said in slightly greater detail!

This is what he said about American-Hungarian relations

Viktor Orbán believes 2014 was an eventful year because we had to change our plans the second half of the year for two reasons:  the Russian-Ukrainian conflict and “the question of national independence also arose”.

In reality, a person would have thought that after three elections things would be calmer … I, too, thought that calmer times are coming but we must see that it is not our fault that we are living in such times.

He said he believes the entire world is dealing the cards again and that the tense European mood can also be felt in Hungary.

We musn’t lose our sense of reality

Orbán also said this about the street demonstrations, which he considers a significant counter-force to the government

With regard to the US travel ban, the prime minister said every thinking person knows that the accusation of corruption on the part of the United States is a “cover story”.  In reality, he believes the US has eastern interests in the region and wants to gain influence, and is using the cover story of corruption towards this.  The proof was that when the government demanded concrete details from the United States, this “somehow never happened”.

This is a typical phenomenon accompanying a secret service campaign to obtain influence.

Orbán believes “we have entered a new age” and that the US “is not simply interfering but is an active participant” in the domestic political lives of Central European countries.  The prime minister sees this in the Russian-Ukrainian conflict as well as in the free-trade negotiations taking place between the European Union and the United States.

He believes American interests in energy and foreign trade appear strikingly.  The Americans “want to involve us in a conflict from which we can only come out badly”.

Hungary does not want to be a part of a cold war mood between the United States and Russia.

In his opinion “Hungarian foreign policy rather resembles that of the Germans, and that the conflict can only be solved with the Russians and not in spite of them”.  He says this varies from the American position.

Also, the Americans would like to build the atomic energy plant in Hungary  and it pained them that they were not doing so.

Asked if there are plans to ban the United States Hungarian Embassy’s acting spokesman André Goodfriend from the country,  Orbán said no such concrete plans exist but the government will respond in every instance in a manner befitting Hungary’s dignity.

This is what he said about the internal conflicts

On Fidesz’s loss of popularity in recent months and the demonstrations, the head of government referred to the protests during the previous government, for example the opposition of the arms-bearing state employees to the elimination of early retirement benefits, in comparison to which he only sees “verbal coarseness”. He stated that in a democracy those who do not agree with the government have the right to express their opinion.

On the dispute among leading Fidesz politicians, Orbán said he does not attribute much significance to this, and it is of no consequence whether Fidesz politicians like one another because politics is not a political matter, and is not about politicians, but about the country and the people.  If meanwhile “the gentlemen exchange words” it is always interesting because “in politics, too, the peep show is the most exciting”, but in reality this is not important, he said.  It was a workplace, and every workplace experienced friction.

He acknowledged that there are generational differences within Fidesz but cited this example:  “If the person wants to live in a respectable house, then he doesn’t care whether the mason, the tile worker and the plumber like each other  … but he wants for there to be electricity, heating and water, and that the doors and windows work”.

Orbán said he is not planning to reorganize the government.

He believes there is a generation that is working its way up in politics, as it is throughout the country, and it is necessary to support this youth because they are talented, dedicated “brave boys” and patriots. “We have to let them work” and for this reason “for the time being I would prefer to encourage them instead of replacing them”.

This is what he said about the future

Orbán says the goal for the 2014-2018 cycle is the strengthening of the material security of families living from wages and salaries, which includes protecting the cuts in household utility costs, the FX loans matter, wage increases and the “life road models”.  He thinks it necessary for those who today “are standing on the bottom rung of the ladder” to focus on these for the next four years in the interest of ascending rung by rung, year by year.

The best policy against poverty was workplace creation in which the state played an important role.  Asked whether the legislative work, including the Sunday rest day, helps the process of creating workplaces, he responded “to the best of my knowledge, yes.”  Orbán expects Hungarian economic growth in 2015 to be above the European average.  If the national economy performed well, a decrease of certain taxes might be warranted.