Village of Alsónémedi to ethnically cleanse itself of Romanian gypsies 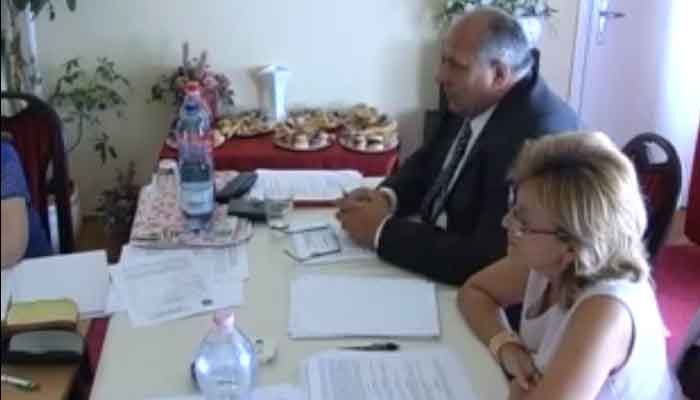 The village of Alsónémedi hopes to ethnically cleanse itself of Romanian gypsies by imposing a special tax on unemployed people having no permanent address, reports Index.hu, despite being advised by both tax experts and lawyers to stay away from this ordinance, according to mayor József Vincze.

From September a daily tax of of HUF 800 (USD 2.86) will be levied upon adults residing in Alsónémedi but having no registered place of employment and living in a dwelling neither they nor any of their relatives own.  The tax effectively compels property owners to evict families unable to pay a special tax of HUF 28,000 a month per unemployed adult.

According to Index, the new tax targets unemployed adults residing on another’s property regardless of whether they reside there legally, pay rent, or even live there as part of an agreement with the owner. Exempted from the tax are:

The local ordinance requires that owners collect the tax and remit it to the municipality by the 15th day of the month.  Failure on the part of the owner to collect the tax is no excuse.  The tax is to be paid regardless of whether the resident is able to pay the HUF 28,000 a month.  Furthermore, it empowers tax officials to enter homes to check that everyone subject to the tax is actually being accounted for. Those caught not paying will be charged the tax going back 60 days.

According to the municipality’s website, the tax is intended to offset the cost to the municipality of providing public services to its residents.  However, minutes of the municipal council meeting (at which the ordinance was approved by a 7-0 vote) indicate that  some council members supported the initiative primarily to drive certain groups out of the village.

Tünde Percze, the municipality’s top legal officer, reportedly told council members the ordinance targeted a key group of Alsónémedi residents.  Index reports Percze as having told the council that “everyone knows the target group, which target group, this ordinance was created for”.

However she reportedly added: “It is wishful thinking to think that this will resolve the situation 100 percent because for those who have citizenship, a registered residence, a job, and can afford to pay this amount are not even 100 percent guaranteed to leave the [village] once the ordinance comes into force,”

Another council member is reported to have stated during the debate that the tax “needs to target the warrens”, referring to dwellings that house multiple families, adding that the problem would not be so bad “if there weren’t any kids”.

Ethnic cleansing by any other name

While no one at the meeting expressly stated which group the ordinance targets, Index reports that Alsónémedi has been struggling for some time to cope with the influx of guest workers. A 2008 study performed for the municipality by the Hungarian Academy of Sciences found that the vast majority of native locals considered the arrival of Romanian gypsy guest workers to be the village’s most pressing problem.

Whereas such guest workers were initially ethnic Hungarians from Transylvania, that trend changed over the years as Transylvanian Hungarians came to be replaced by Romanian gypsies.

An impact study attached to the ordinance’s proposal referred to “managing problems arising from the guest workers residing in the village”.

Index reports that the authors of the ordinance were aware of the dangers of approving such a tax. An earlier attempt to curb the influx of Romanian gypsy guest workers was thwarted years ago when the municipality tried to limit the number of individuals who could reside within a given area.

Similar municipal decrees have been struck down recently in Hungary. In one such case, local municipalities outside the northeastern city of Miskolc attempted to restrict access to certain welfare benefits and public employment for gypsies seeking to move to the municipalities after being forcefully evicted from Miskolc. Hungary’s supreme court, the Curia, put an end to the string of decrees that would have discriminated against the minority group.

According to the Curia’s ruling, local municipalities are not permitted to restrict access to social welfare based on social reasons. The Curia’s ruling was that local governments have no right to force out “a specific social group or well-defined group of persons”, or to make difficult the relocation of these people.

Alsónémedi councilman Miklós Kozma (Jobbik) said the ordinance could potentially set a precedent because no such ordinance exists anywhere in the country. He said the municipality should brace for criticism but should stick to its guns so it might serve as a kind of trailblazer.