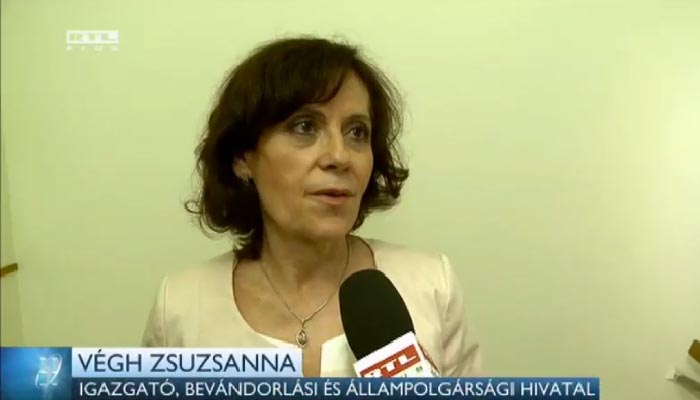 Volunteers around the country are expressing dissatisfaction with comments recently made by the executive director of Hungary’s immigration agency, specifically that “there isn’t any need for volunteers to assist asylum seekers at Hungary’s train stations”.

As more and more asylum seekers enter Hungary, the country’s immigration agency is convinced it has been doing a great job assisting them. However, volunteers are finding it increasingly difficult to provide aid to the growing number of asylum seekers around the country.

RTL Klub reports that MigSzol volunteers are no longer present at the Kiskunhalas train station, despite having worked at the location for six weeks helping asylum seekers passing through. Until now, thousands of people had been provided food, medical care, and even clothing and shoes at the station.

Yesterday, MigSzol’s Kiskunhalas volunteer group wound up operations at the Kiskunhalas station because many of the volunteers had to return to university. Earlier, the volunteers complained that local authorities had not provided them with so much as a storage room where supplies could be kept.

Volunteers assisting near Budapest’s Nyugati train station have complained that the asylum seekers have had to rig makeshift canopies using blankets to keep cool during Hungary’s record-breaking heatwave.

Budapest volunteers are concerned about sheltering asylum seekers from the rain forecast to arrive in Budapest on Thursday. They say they have been volunteering now for ten weeks and that it ought to be the state which provides aid to the asylum seekers.

Zsuzsanna Zsohár, a spokesperson for the volunteer group known as Migration Aid, says the burden on volunteers and donors continues to grow. ” These people are performing a service that the state should be performing,” she says.

Hungary’s Interior Ministry says the state spends about HUF 4300 (USD 15.5) per person per day caring for asylum seekers. However, the calculation expressly concerns those people who reside in Hungary’s refugee camps.

“Asylum seekers are completely taken care of through state funds – all of them,” Végh told a reporter from RTL Klub. “There is absolutely no need for them to stay at train stations or elsewhere around the city because the camps provide them with complete care, including medical care.”

Volunteers from Szeged’s MigSzol group fired back at Végh’s comments on their Facebook group page.

“We hope the executive director never has to spend twelve hours hungry and thirsty in the hot sun, or that she never has to spend the night waiting outside the train station in the rain.  In any case, we will release data related to our work over the past few days, specifically how many asylum seekers we fed in Szeged, how many were provided medical care, and clothing,” wrote the group.