“We are the majority” protest to take place Saturday 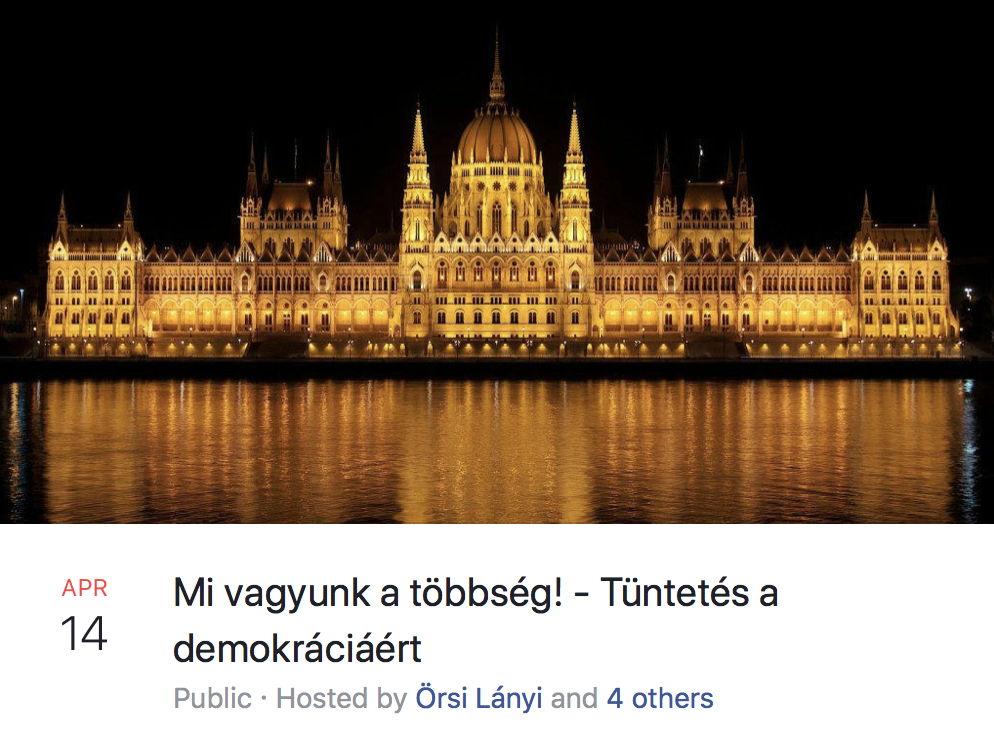 A Facebook group calling itself Talpra Magyar Hív A Szabadság (“On your feet Hungarian Freedom is Calling!”) is organizing a  mass protest for Saturday, April 14th, at 5:30 pm. The event organizers of the “We are the majority” demonstration invite those to attend “who would like a free Hungary, and who want a hate-free politics and who even want life in this smothering environment.”

“We are meeting at the Opera House whence we will march to the Kossuth tér. On your feet, Hungary! We have to demonstrate for democracy and for freedom! We want to live here in Freedom in a free country!”

According to one of the organizers, the demonstration has the following goals:

The Fidesz electoral system, the government’s hatred campaign squeezed the majority into a one-third minority. For this reason, we demand:

Come out! You are not alone. We are the majority!

According to merce.hu, one of the planned speakers will be Zsigmond Rékasi, a political activist whose computer was seized by police after an earlier protest.  Rékasi was reportedly taken into custody Sunday night when, after a three and a half hour news blackout about the election results, spontaneous protests broke out in downtown Budapest on news that the ruling Fidesz-KDNP political alliance had received a two-thirds parliamentary majority.