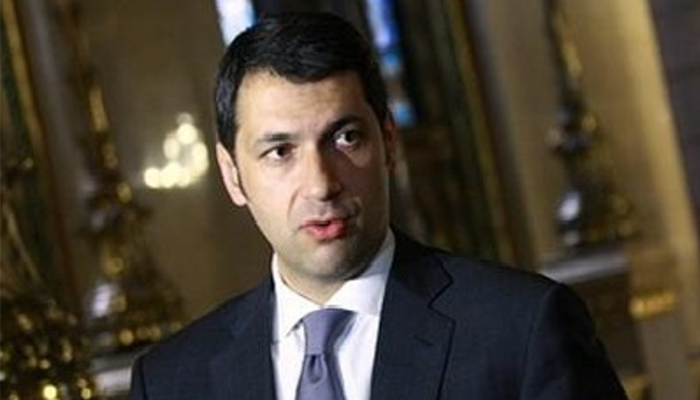 Successful software developer and businessman Andras Komaromi died on Sunday at the age of 47.  His untimely death came one day after he finally succumbed to government pressure and sold the patent to the source code for EU funding administration software developed for the Hungarian government in 2003.

Andras Komaromi was the founder and former owner of the software development firm Welt 2000 Kft. By all accounts a healthy man, his sudden death shocked friends, family, and colleagues.

In 2003 Welt 2000 Kft won a public tender to develop EMIR, which stands for Uniform Monitoring Information System, which it licensed to the Medgyessy government for HUF 262 million.

Over the next ten years the National Development Agency reportedly paid Welt 2000 many billions of forints on the maintenance, development, and continuous reconfiguring of EMIR to reflect changes to the tender management process.

In 2006 Komaromi sold his shares in Weil 2000 for an undisclosed amount, retaining for himself the rights to EMIR’s source code.

Over time the Hungarian state’s dependence on EMIR became an issue.  While serving as Head of the National Development Agency in 2008, Gordon Bajnai attempted to purchase the patent, but to no avail.  Either unable or unwilling to develop its own proprietary software, the government evidently decided to pressure the company’s owners by formally investigating it for corruption in 2008.  The investigation uncovered nothing.

Meanwhile, the Hungarian government continued to use EMIR and to pay Welt 2000 Kft. for the privilege of doing so.

444.hu reports that, not long after the 2010 election, Fidesz member of parliament Antal Rogan attempted to acquire the rights to the source code.  (444.hu’s source did not specify whether Rogan was acting on behalf of the government, a third party, or himself).

In 2012 the Fidesz-led government ordered another piece of software from Welt 2000 Kft called FAIR. The new software would act as an umbrella software to handle the administration, distribution, and monitoring of all tenders managed by the Hungarian state, including those administered by EMIR. This time the government made sure to buy the source code to the software it purchased for a whopping HUF 2.33 billion.  However, Komarom continued to refuse to sell the rights to EMIR.

In July 2013 Prime Minister Viktor Orban put Janos Lazar, State Secretary of the Office of the Prime Minister, in charge of EU funds and appointed him acting head of the National Development Agency.  In November 2013 Orban ordered Lazar to centralize the information technology monitoring system used for distributing EU funds by 1 January, the day the National Development Agency was to close its doors and transfer responsibility for coordinating and overseeing the administration of EU funds to the Prime Minister’s Office.

In December 2013 armed NAV agents raided the offices of Welt 2000 Kft and the homes of its executives whom they allegedly suspected of tax fraud for the period 2006-2009.  This was the government equivalent of putting a severed horse’s neck in his bed, although Lazar denied there was any connection between allegations of tax fraud and the government’s intention to acquire Welt 2000 Kft.

It is not known whether the NAV raid served as a pretext for the government to withhold any part of the HUF 2.33 billion still owed for the FAIR software delivered later that month.

In mid-January Deputy State Secretary Nandor Csepreghy told vg.hu the government had agreed to purchase Welt 2000 Kft by the end of the year for HUF 1 billion less than originally offered.

At the time the company’s owners denied any agreement had been reached, although they acknowledged negotiations were underway.

In February 2014 the Office of the Prime Minister issued an unusual press statement: “Janos Lazar will conclude the purchase of the information technology system handling EU monies by signing a declaration of the government’s intention to purchase”.  It went on to state that it would acquire the company for less than HUF 1 billion, or less than one year’s revenues.

On 1 March the government announced it acquired the company and the source code to EMIR for a reported HUF 800 million.

The next day Andras Komaromi passed away.

The following day Csepreghy announced the government had submitted the country’s partnership agreement for the 2014-2020 budgetary period to Brussels.

No tax fraud charges were ever brought against the Welt 2000 Kft, its owners, or executives.