Where have all the deported asylum seekers gone? 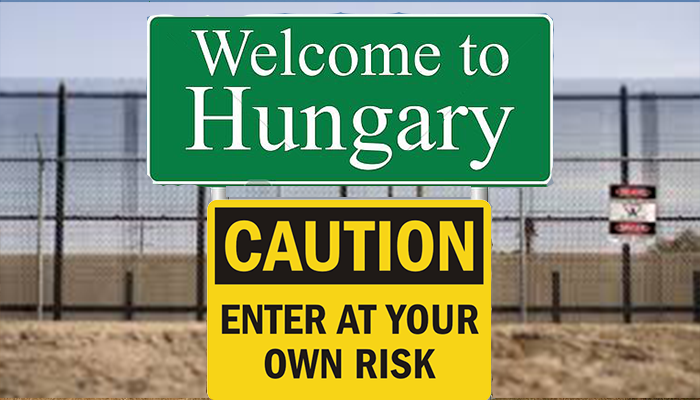 Between 15 September 2015 and 11 May 2016, Hungarian immigration authorities ordered the expulsion of 2,639 individuals from Hungary. These individuals were put through the expedited expulsion process as a result of the new crime of engaging in restricted border crossing. This is the process that has been criticized by many international human rights organizations, foreign governments and the UN Refugee Agency as a violation of international agreements.

According to the national police, by 18 May, Serbia had taken back 84 people from Hungary. At that time, there were 354 foreigners waiting to be expelled from Hungary.

The big question here is what happened to individuals who were expelled on paper but were not taken back by Serbia.

Márta Pardavi, co-chair of the Hungarian Helsinki Committee, an NGO that gained international acclaim for providing legal aid to asylum seekers in Hungary, tells the Beacon that the missing individuals “went further west, via Austria.”

Camps for asylum seekers are in the towns of Bicske, Vámosszabadi, and Körmend — the latter two conveniently located near the Hungarian-Austrian border.

“If people were not able to move irregularly to Austria, the Hungarian asylum reception centers would very soon become so overcrowded it would be unbearable,” Pardavi says. “If no efforts are made by the Hungarian government to expand reception capacity – and I have not heard of any such efforts – the very high number of people leaving the country will continue to be the only way to keep the current reception system at a manageable level. Even now capacities are very stretched.

“Plus, if people would choose to stay and wait for a decision, after a cumbersome legal process the Office of Immigration and Nationality (OIN) would have to start looking into the merits of the asylum claims. which would eventually lead to protection status for many people. Clearly, this is not the government’s aim. The government should finally start building capacity to give protection, and not deny it.”