Who is Viktor Orban? 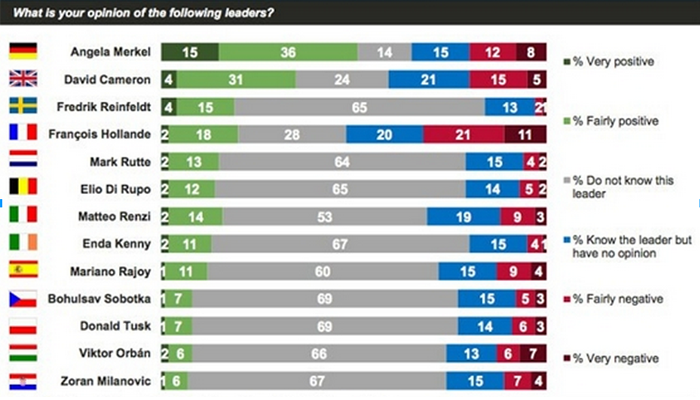 A recent poll conducted by UK market research firm Ipsos MORI asked 8,833 adults aged 16-64 their opinion of thirteen European politicians presently serving as the prime ministers of their respective countries except for French President Francois Hollande. Respondents were not asked about the leaders of their own country.

Less known and less popular among European politicians are the prime ministers of the Czech Republic, Poland, Hungary, and Croatia.

86% of Europeans living outside of Germany said they knew who Angela Merkel was, making her Europe’s best known politician.  Of those, 59 percent had a positive opinion and 23% had a negative opinion.

By contrast, only one-third of Europeans living outside of Hungary said they knew who Viktor Orban was, of which 23% had a positive opinion and 32% had a negative opinion of him.