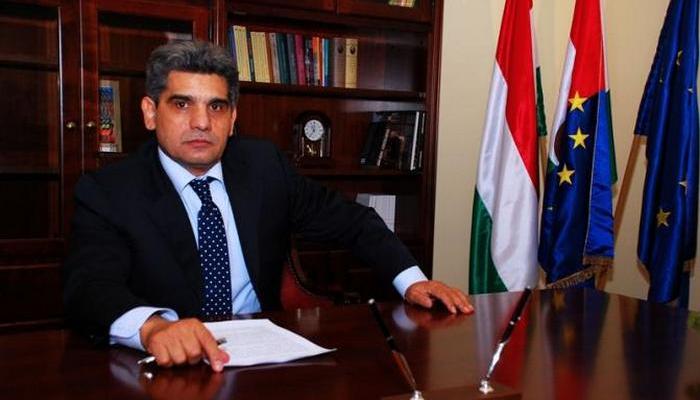 The National Roma Local Government (ORÖ) has spent hundreds of millions on a program helping Roma escape poverty.  Recently, it was revealed that the “Bridge to the World of Work” social association spent HUF 205 million purchasing a building in Budapest’s exclusive Gellérthegy,HUF 5 million monthly leasing cars, and HUF 1.2 million monthly on the part time project director’s salary.  Both the National Tax and Customs Administration (NAV) investigators and the government are reportedly looking into the matter.

Last week the Office of the Prime Minister, which is responsible for overseeing the use of EU funds, told pro-government daily Magyar Nemzet  it was prepared to inspect the use of EU development funds by the “Bridge to the World of Work” program, but only upon the completion of the program.  János Lázár, the minister responsible for running the Office of the Prime Minister, said “it would not be fortunate to start an investigation based on preconceptions, news reports or anonymous reports”.

(It should be noted that the Fidesz-KDNP government does this all the time with the active help of pro-government newspapers and Fidesz politicians!-ed.)

Interestingly, only a few days prior to that, Lázár had said he considered the investigation “warranted” and “urgent.”

“I would reject this in that I did not file an anonymous complaint,” says Ákos Hadházy, who exposed the alleged misuse of EU development funds.  Hadházy made a name for himself in connection with the National Tobacco Store scandal as the Szekszárd city assemblyman who revealed the fact that tobacco retailing franchises were being distributed on a political basis in Szekszárd.  When the government refused to act, he left Fidesz and joined Politics Can Be Different (LMP).

On January 30 Hadházy filed a complaint to Hungarian authorities over the use of some HUF 600 million of “Bridge to the World of Work” funds on the grounds that the funds were not used to help members of the Roma minority gain employment, but rather were spent on the following:

Hadházy also revealed that the money had been spent in a manner which enabled the avoidance of having to issue public tenders by seeing to it that every order was less than HUF 25 million.

The project, which makes use of EU development funds, is replete with suspicious expenditures of this kind, according to Hadházy.  A company from Veszprém was engaged to recruit for the program for HUF 24.39 million even though the members of the Roma local government would have done it for free.  (It’s not as though there is a dearth of unemployed Gypsies in Hungary!-ed.).   Another HUF 24.39 million to develop information systems was awarded to a company founded just two months earlier in December 2013.  The order in question did not include the purchase of software or hardware, which was the subject of a separate order, according to RomNet.

On February 11 LMP MP István Ikotity (LMP) asked Lázár about the procurements.  Lázár, in turn, referred him to Flórián Farkas (pictured), Fidesz MP and government commissioner for Roma matters. A few days later Farkas ordered the project office to give an account of the procurements.  After that lkotity and Hadházy met with ORÖ management at its Gellérthegy office, along with members of investigative journalism news site atlatszo.hu.

Even though project manager Gábor Winkler previously denied that they had purchased a new office building, it turned out that they were not renting the office but had purchased the 450-sqm building.

According to daily news portal index.hu, Winkler is a full-time employee responsible for running the project, for which he receives a monthly salary of HUF 1.2 million–well over six times the national average salary. According to documents obtained by Index, Winkler’s assistants each earn at least HUF 450,000 a month, and even an administrator earns some HUF 350,000 a month.

In response to why it was necessary to purchase an expensive office in Buda (for HUF 300 million by some accounts but for HUF 205 million according to ORÖ), Winkler said they had chosen that particular property because it was near the ministries where it is necessary to hold meetings and because they needed a representative office where they can properly receive their partners.  They also learned at that time that the HUF 31 million recruitment study also included fees for consulting services rendered, that ORÖ are renting Opel Corsas (sub sub compact cars costing between HUF 3.5 and 4 million each), for HUF 6 million a year, and spent HUF 500,000 per work station on office furniture.

The Lungo-Drom National Gypsy interest protection and civil association tried to convoke an extraordinary meeting of ORÖ for February 9 but Farkas, whose name means “wolf” in Hungarian, allegedly arranged for enough members not to attend so that those who did could not make a quorum.  According to Lungo Drom deputy chairman László Vajda, Farkas threatened those whose attended the meeting with the loss of their salaries and program supports.  Out of 47 members, only 9 showed up at ORÖ’s Dohány street headquarters in Budapest’s District 7.

Mihály Dancs, head of the Roma Civil Rights Movement, said at the time “a crime has been committed against Hungarian gypsydom” and that “their failure to attend the meeting to explain themselves by itself proves their guilt”, to which he added that “thousands of Gypsy children are starving, and they rent cars for HUF 500,000 a month and tell us not to concern ourselves with such matters!”

István Makai, head of the Roma Civil Bloc, said they do not know of a single project whose funds have properly been accounted for, and that even though they request documents, they are not forthcoming.

The representative believes there are many expenditures over which Farkas himself decided without having obtained previous authorization, and for this reason they should “immediately suspend payments”.

Vajda has called for the formation of an extraordinary committee to investigate the abuses.

Independent of allegations of criminal behavior, Minister for Human Resources Zoltán Balog personally ordered an investigation into the matter last week.  According to the portfolio it will take at least five but at most 15 days to investigate “whether the professional plans and the support contracts are consistent with one another”.   However, the ministry also stated that it will decide on the amount of the support to be paid out “independent of the result of the investigation”.  The ministry claims to have initiated the involvement of the Ministry for National Economy in modifying the program.

Meanwhile, RTL Klub reports that Attorney-General Péter Polt has initiated a criminal procedure in connection with the matter, and NAV tax inspectors are reportedly investigating as well.  RomNet reports that in response to its question, NAV’s press office announced on Friday that the City Head Prosecutor’s office had ordered a supplement to the complaint that had been entrusted to NAV’s Criminal Chief Directorate Central Investigation Head Department.

None dare challenge the head of the wolf pack

The head of the “Bridge to the World of Work” program, Farkas was still chairman of ORÖ when the program started–a position he had to give up in order to return to parliament as a Fidesz MP after last year’s general election.   Recently, he was appointed a ministerial commissioner for Roma matters responsible for evaluating the implementation of the agreement between the Roma local government and the government–an apparent conflict of interest as previously he was the one responsible for its implementation.  Farkas’ successor at ORÖ was István Hegedüs who was named acting chairman.  Farkas himself was elected honorary chairman and given an office, secretary and reimbursement for expenses from ORÖ.

Although he is no longer chairman, Farkas continues to exercise considerable influence over ORÖ and its members, if only because he appears to hold the pursestrings to public funds earmarked for Roma-related matters.

Under Farkas’ chairmanship a large part of ORÖ’s real estate and financial assets were transferred to the “Bridge to the World of Work” social association because they knew that the position of chairman was incompatible with being a member of parliament.

In 2011 the Roma local government in Komlo led by Hegedüs was the subject of a NAV investigation.  Reportedly NAV inspectors interviewed some 100 people regarding alleged abuses pertaining to the “Road to World of Work” program.  It is not known whether the investigation is still under way.  To date nobody has been indicted.

The Ministry for Human Resources (EMMI) has launched a number of joint programs with ORÖ, including educational and training projects.  Over the past 4 years ORÖ has received nearly HUF 5 billion worth of additional support from the government.  As a civil organization Lungo Drom has received HUF 150 million from the state budget.  Furthermore, the party was reportedly given an office in Budapest’s 8th district worth HUF 300 million and another HUF 150 million with which to fund its renovation, as well as some HUF 300 million with which to fund various programs, according to RomNet.

Index reports that the TÁMOP tender, which required that at least one national minority local government be a member of the consortium, was issued by ORÖ, and that one of the project’s side effects has been to deprive smaller associations promoting economic development.

This is not the first time Farkas has been implicated in the alleged misuse of public funds.  In 2003 State Auditors (ÁSZ) reported him to authorities for allegedly “breaching financial discipline” and “accounting for the use of public funds in an unlawful manner”. ÁSZ found that Farkas had not satisfied the requirement that public funds be used in a purposeful and efficient manner, and this had resulted in the Roma local government’s assets decreasing 20 percent in under 3 years.

That was not the first time Farkas had been reported by state auditors.  In 1994 ORÖ’s legal precursor, the National Gypsy Minority Local Government (OCKÖ), led by Farkas failed an examination by ÁSZ of the use of state funds.  At that time the organization reportedly failed to satisfy even the basic financial accounting requirements.  Two years later one of OCKÖ’s members reported the organization for allegedly using state subsidies in an unlawful manner, fictive payments and paying honorariums to experts that were “disproportionately high”.

A number of individuals were indicted for embezzlement and fraud, including the prosecutor’s main suspect, Flórián Farkas.  However, before Farkas could stand trial, the President of the Republic, Árpád Göncz, pardoned him from further judicial proceedings.  Documents relating to the procedure were classified for 33 years.

Although the reasons were never made public, between 1975 and 1982 Farkas received a number of actual and suspended jail sentences.  He has managed to stay out of jail since becoming a public figure in 1983.