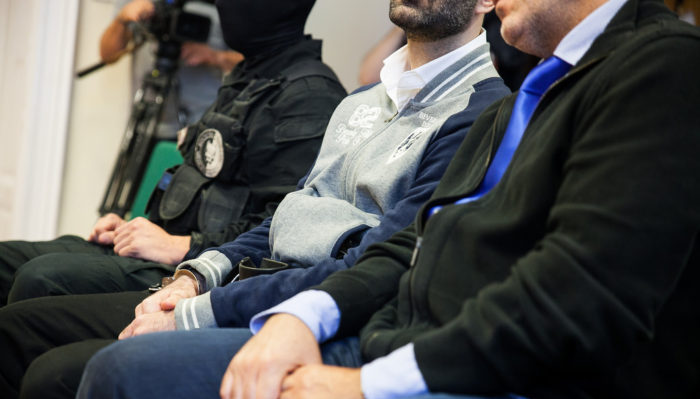 The trial of Ahmed H., one of eleven “illegal immigrants” arrested after refugees clashed with police at the Röszke Hungary-Serbia border crossing last September, resumed on Friday in Szeged.

The other ten were convicted this summer, receiving jail sentences and suspended sentences.  Ahmed’s case is being tried separately because he stands accused of committing a terrorist act for his role in the disturbance at Röszke on September 16, 2015, which resulted in scores of refugees, reporters, charity workers and police being injured.

According to eyewitness testimony read aloud in court, the situation was very chaotic at the freshly sealed border on that day.  The previous day Hungarian authorities had transported hundreds of refugees by bus from the Serbia border to the Austrian border, and asylum seekers arriving to the Hungarian border expected the same thing.  But instead of buses, freshly erected razor wire and barely functioning registration points awaited them.

Tensions mounted as growing numbers of refugees gathered at the border separated from a phalanx of riot police in full battle armor by a gate.  At one point somebody in the crowd threw a water bottle at the police, who responded with pepper spray.  In the violence that ensued, refugees (mostly young men) threw rocks, piece of concrete and whatever they could get their hands on at police, injuring several of them.

Police responded with tear gas and water cannon while withdrawing several hundred meters, leaving the gate unguarded.  Once the authorities stopped using the water cannon, it only took a few minutes for the angry mob to force the gate open.   After several minutes of inaction marked by uncertainty, refugees started carrying family members wounded in the previous clash across the border, depositing them at the feet of Hungarian authorities.  Mistaking this for a sign that the border was now open, hundreds of refugees, including women and children, began crossing and crowding into a narrow corridor lined on both sides by a chain-link fence. 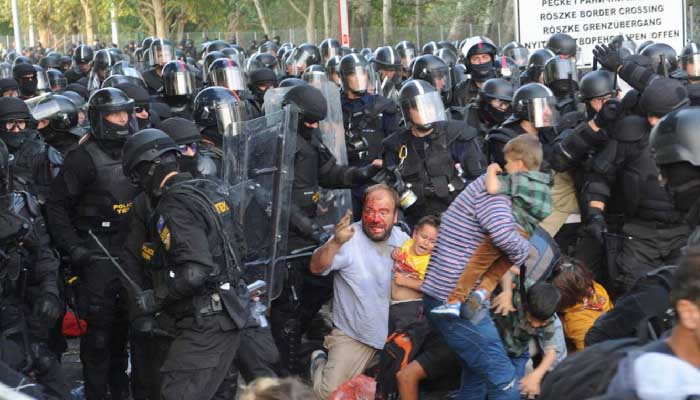 At that point, counterterrorist commandoes attacked the crowd without warning.  Using batons and pepper spray, the commandoes beat the crowd back into Serbia.

While Friday’s trial was taking place, a small group of international demonstrators gathered in the Szechenyi square just outside the courthouse. Several members entered the court building, playing a song well known in the Arab world about being released from prison.  They expressed sympathy for the defendant, forming hearts with their hands and holding paper signs as he was led back into the courtroom after a break. 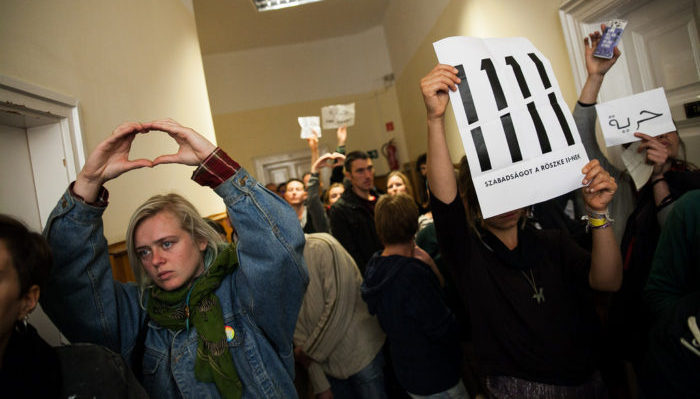 The judge read testimony from three different groups.  One was primarily from police from Heves, Zala and Borsod counties who participated in the action and saw what happened.  Without exception, police said the crowd that gathered behind the gate was initially peaceful but became progressively angrier until the police phalanx withdrew.  They identified Ahmed H. as one of the leaders who initially told police in Arabic and English that they had until 2 pm to open the border, otherwise the crowd would take matters into its own hands.

This is key because according to Hungarian law, the mere act of attempting to compel a state organ to do or not do something under threat of violence constitutes a terrorist act.  Some recalled that the defendant calmed the crowd, others that he acted in a threatening manner.

Witnesses recounted how a number of men bearing megaphones issued instructions to the crowd, sometimes in an attempt to calm the crowd, other times to incite them. 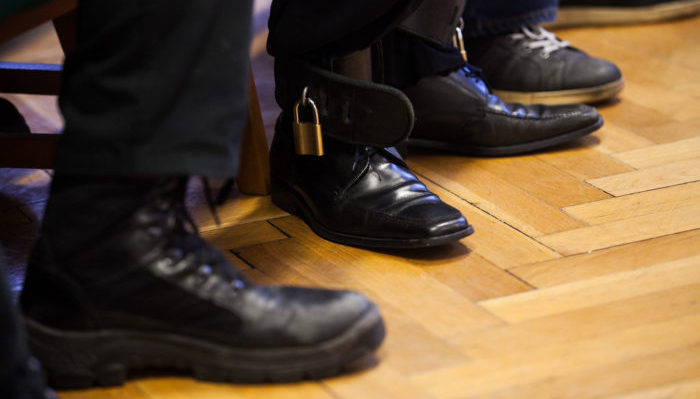 The Syrian-born defendant was taken into custody when entering Hungary from Croatia several days after the “battle of Röszke”.

The other group of witnesses were those who had attempted to enter the country, including family members of the defendants convicted earlier this year. They primarily spoke about the chaos and the information disseminated by the crowd that turned out to be incorrect, including where families with children should stand in anticipation of the gate being opened.

The third group were standby police who were injured. They had difficulty identifying perpetrators based on photographs.   “Anyway, migrants resemble one another. They all have beards and black hair,” said the one policeman.

The accused asked that he be released from preventative detention.  He said he did not commit a crime but only wanted to get his family members to safety.  The trial will resume at the end of October.