The World According to Orbán: military intervention in Libya and scores of world events hosted by Budapest 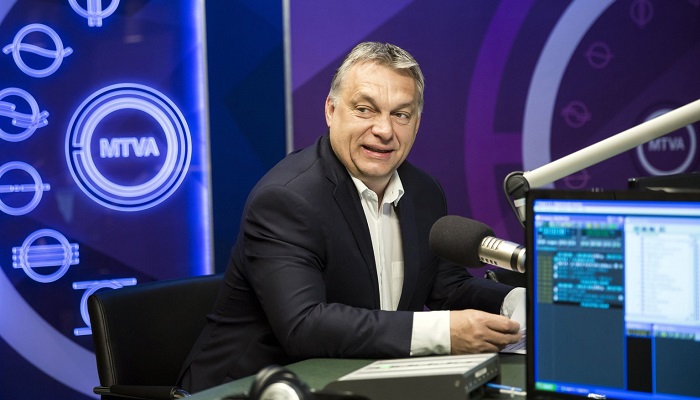 Orbán said he had already proposed at a European Union summit in June that the EU should send military forces to the southern and northern borders of Libya to block the way of migrants. The proposal was met with mostly negative responses from EU leaders.

Orbán did not give details of his plan, saying, “Military actions are not discussed like this [on the radio].” He added that apart from a possible joint military action, he rejects other aspects of the EU’s refugee policy.

The Prime Minister also gave his thoughts on NGOs, saying such organizations “try to portray themselves as good people, but in fact they are on the payroll, they transport migrants, they stand on the wrong side, they want a mixed population in Europe, they are anti-democrats, they oppose the people’s will, they want to harm Hungarian people.”

Orbán declared that EU infringement proceedings against Hungary regarding Lex CEU, the NGO law and the inhumane treatment of asylum-seekers on the southern border were ordered by none other than the Open Society Foundation’s George Soros.

He concluded by praising organizers of the grossly overpriced and corrupt FINA 2017 World Aquatics Championships, currently under way in Budapest, and determined that from now on Budapest is capable of organizing any event.

“Hungary will only be a strong country if Budapest is capable of hosting any event in the world. There is no event that Budapest would not be able to organize at the moment. The FINA World Championships are a proof for this.”

However, as a sign of self-restraint in the face of critics of his tendency to build world-class soccer stadiums in small villages around the country, the Prime Minister admitted that “there is only one event that Hungary is not capable of hosting, and that is the World Cup, because we do not have the necessary facilities and it would not be rational to build facilities in order to [host a World Cup].”