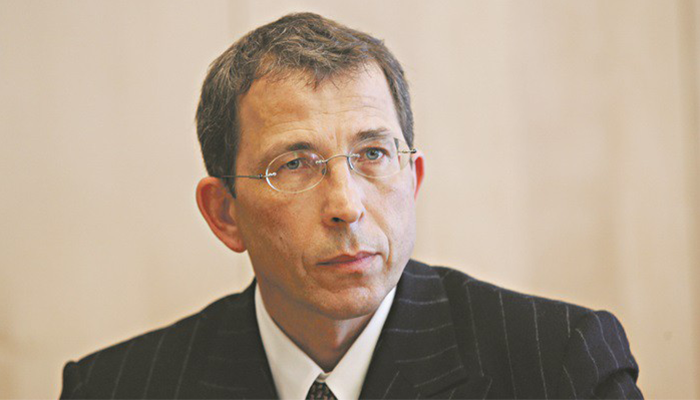 Hungary’s national debt of 85.1% of GDP is so high that it will take a miracle for the government to avoid breaking its own constitutional stipulation that it set out in the Basic Law, former National Bank of Hungary (MNB) vice-governor Zoltán Bodnár said this week.

“This year for the government will not be too easy,” Bodnár added, mentioning the weak forint, decreasing investor confidence caused by controversial government statements, and Hungary’s ballooning debt ratio that he said will be only sustainable by accounting and statistical tricks. Last year’s figure (of 79.4% of GDP) had not reflected reality, only an artificial state that the government managed by employing “serious tricks”. The basic law says that if the state debt exceeds 50% of GDP, parliament can only adopt a budget that reduces the debt. This provision is currently unenforceable because the public debt to GDP ratio is 80-85%.

Hungarian Prime Minister “Viktor Orban’s (illiberal democracy espousing) speech at Baile Tusnad and the effects of the US national bank policy have not yet impacted on the Hungarian economy, but it is only a matter of time,” he told ATV’s “Egyenes Beszéd” (Straight Talk). In the second half of the year the global sentiment would be more risk averse, and this would seriously affect Hungary and the forint exchange rate, not to mention the conversion rates of euro and Swiss franc loans. The conversion transaction itself would cause banks losses of HUF 1 trillion (USD 4.3 billion), and it was probable that the MNB would be forced to sacrifice some of its reserves for the cause. If not the forint will certainly slide, Bodnár predicted.

He added that Hungary’s national debt of slightly over HUF 25 trillion (USD 107.5 billion) does not include the HUF 3.2 trillion (USD 13.8 billion) compulsory private pension funds that Fidesz appropriated in its previous government term. “About HUF 2.5 trillion of that went towards debt repayment and the remaining HUF 700 billion was spent on the purchase of companies. Without the pension grab, Hungary’s debt would now be 95% or higher,” he noted.

Hungary’s near record-high national debt (it hit 85.6% in the second quarter of 2010) is expected to have significantly decreased by the end of 2014, as several debt repayments are expected, while the budget reserve is high and is expected to be around HUF 2.2 trillion, compared to last year’s HUF 750 billion, Bodnár said. The final numbers are important for the EU, however, he said, noting that Hungary will have to account for the effects of excess short-term debt ratio, for example the rising interest burden.

“The GDP results are good but this has mainly been induced by the automotive industry, and by the end of the year will almost certainly be less than the current 3.3%.”