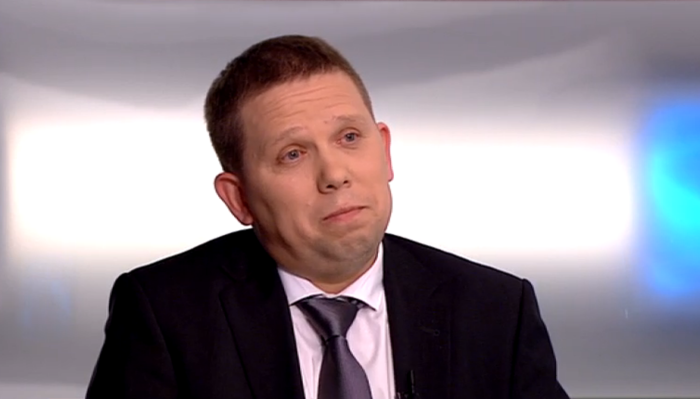 What chances does freshly sworn-in MP Zoltán Kész have in the Hungarian parliament? The civil candidate who won the Veszprém by-election in the heart of Fidesz country to break the governing party’s two-thirds parliamentary majority was the guest on ATV’s Egyenes Beszéd (Straight Talk) program Monday evening.

Kész, who formally took the oath of office that day, told ATV’s Olga Kálmán that, despite his options being limited as an independent MP, he thought there was  a chance to conclude a strategic agreement with the other independent representatives in which the democratic parties can also be involved in the interest of “building something up”.

He acknowledged receiving a lot of help in the by-election from civil organizations and democratic opposition parties, including local Hungarian Liberal Party activists.  Kész promised in his campaign to conclude a cooperation agreement if elected to parliament. He told ATV that he will discuss the matter with the other independent representatives because he believes they can work together more efficiently by collaborating.  When asked whether the independent MPs would be given the opportunity to form a joint parliamentary faction, he said House rules do not permit this and he did not see any chance of this happening over the next three years.

Kész ruled out joining DK’s four independent MPs to form a parliamentary faction, saying he wants to remain independent because he intends to “talk politics in a brand-new, civil way in the Parliament” and resolved to vote in favor of or against bills based on their merits and not the party or parties sponsoring the bill.

Asked what this meant in practical terms, the opposition politician reacted: “We greet each other, we talk to each other, we argue with each other”.  Believing Hungarian society to be  “colorful” he stressed the importance of expressing genuine opinions in open debate, saying “this doesn’t work in Hungary today”.

According to Kész, there may be a cooperation among democratic parties regarding state-owned television, which he called a symbol of “extravagance” and the “failure” of governance, adding that he thinks state television should be eliminated altogether.

He told ATV he was displeased that he only learned at Sunday’s demonstration about the  19-referendum proposal submitted on Friday.  “If we want to launch new politics in the country, we have to set a good example,” said the MP.  While he thinks it contained a number of good ideas, he says personally he would have “concentrated on larger things, for example the Sunday closure of shops”.