Zsolt Bayer: Why should I give my Order of Merit back? 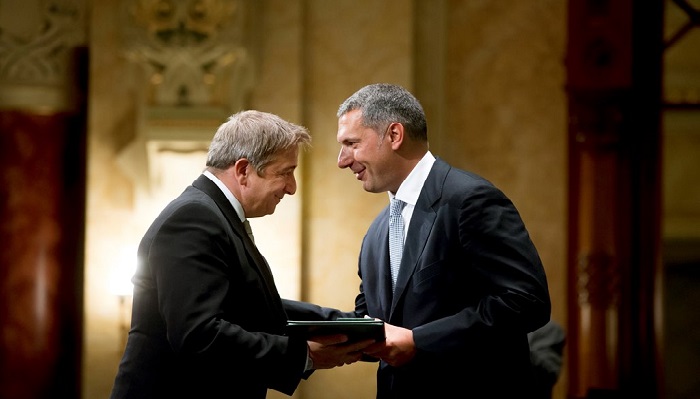 The number of recipients of Hungary’s third-highest state honor announcing they will return their award has topped 60, but Fidesz publicist Zsolt Bayer still does not understand why he should give back his Knight’s Cross.

The controversial Fidesz publicist received his award last Thursday, prompting the previous Knight’s Cross recipients to return theirs in protest.

Deputy editor-in-chief of Klubrádió Péter Rózsa told the Budapest Beacon he became physically ill upon learning the controversial journalist had received the award.  Mayor of Budaörs Tamás Wittinghoff said that presenting the award to Zsolt Bayer was a provocation, and he felt morally obligated to return his award.

Bayer, on the other hand, does not understand what the fuss is about. In an interview with Hungarian daily newspaper Népszabadság, he said he was not surprised by reactions but he had no plans to give up his award.

When confronted with the fact that Magyar Hírlap was fined by Hungary’s media authority for publishing two of his op-ed pieces on the grounds that they incited hatred, he said: “And so? What does it have to do with my award? Why should I give it back? I cannot imagine. The National Media and Infocommunications Authority found my piece exclusionist. Sag schon! So what?”

Bayer also told Hungarian TV channel RTL Klub that he feels sorry for those who decided to give their honors back.

“I cannot imagine how these people can be so closed up in their own, small and sad world,” he said.