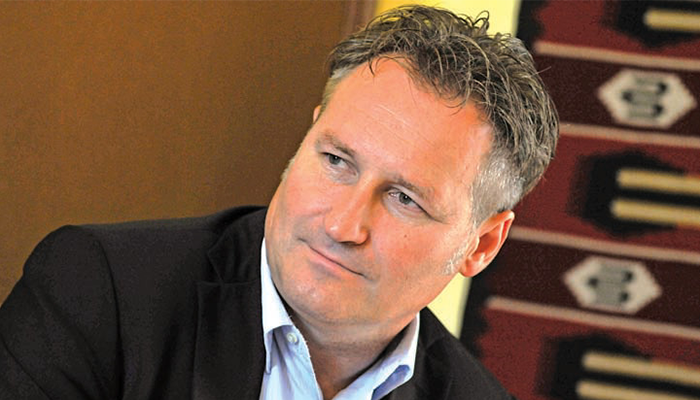 Index.hu reports that in 2013 Papcsak was paid more dividends from his law firm–HUF 160 million (USD 710,000)–than the previous three years combined.  Not bad for a law firm which, according to the Hungarian Chamber of Lawyers, employs one attorney, two lawyer-candidates, and a secretary.

At a press conference held on Tuesday Democratic Coalition (DK) spokesman Zsólt Gréczy announced that DK would formally request the Parliamentary Committee on Immunity investigate Papcsak.  Greczy said it was a “mystery” why Papcsak received a HUF 500,000 a month honorarium from the Kisalfoldi Foundation for the Development of Companies and called it a “conflict of interest” for Papcsak’s law firm to be representing local and county governments.

Unlike other corporate entities, the balance sheets and profit/loss statements of law firms are not made public. This makes it easy for law offices to conceal income generated from official state sources, write index.hu. Furthermore, law offices are allowed to contract out legal services to other attorneys, making it more difficult to follow how service-specific income is generated. This rule makes it much easier for law offices to conceal any income generated from services provided to the government.

A Budapest attorney told Index.hu how this complicates accountability:  Suppose a government agency pays a HUF 200-500 million retainer to a law office. The legal work listed in the retainer is not performed by the law office itself, rather it is sub-contracted to other attorneys. In such cases, the names of the attorneys who actually performed the contracted services are not listed in the government’s documents. This allows small law offices to take on large projects by simply contracting their performance to other attorneys and still make a profit.

A subsequent Google search uncovered a number of documents indicating the kind of work provided by the Papcsak Law Office in recent years. Aside from providing legal services to a number of local governments since 2009, it also represented a company by the descriptive name of Green Area Maintenance and Developer Kft. (Zoldterulet-fenntarto es Fejleszto Kft).

One wonders whether there is any connection between this and the hastily adopted bill authored by Papcsak last December nationalizing the Budapest City Park and entrusting its “renovation and development” to a state run authority.  Opponents of the bill pointed out that the Budapest’s most famous public park was already overdeveloped and that none of the 14th district’s inhabitants had been consulted in the matter.

Last year Papcsak was accused of receiving kick-backs from district government contractors equal to 20 per cent of the face value of the contract.